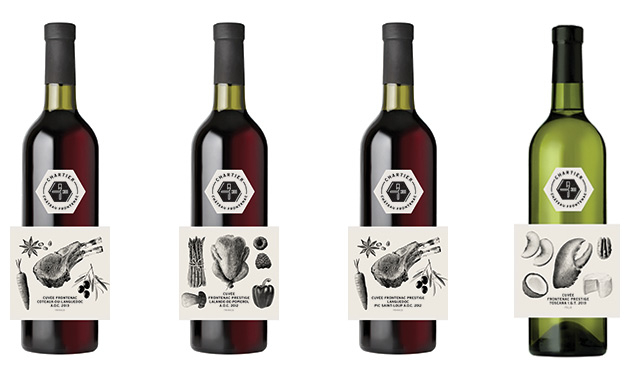 After creating his Cuvée Chartier and Vins Harmonies lines, François Chartier has come up with an exclusive selection of four wines for the prestigious Quebec City hotel Fairmont Le Château Frontenac.

Wines have never been produced based on a restaurant’s cuisine before. This unique process was undertaken by François Chartier with the complicity of chef Stéphane Modat, who is responsible for three of the Château Frontenac’s restaurants, namely le Champlain, Bistro Le Sam and Le 1608 Wine & Cheese Bar.

Four wines and a beer

In addition to these four prestigious vintages, we should note that François Chartier has designed another project with the landmark Quebec City hotel, developing an exclusive gourmet beer with the Montreal microbrewery Glutenberg: the Cuvée Chartier/Glutenberg du Château Frontenac.

What they are saying