The Art and Science of Food, Wine, and Flavor

“A scientific and playful approach for a greater knowledge of FOOD, WINES and FOOD and WINE PAIRINGS. »

“The book was awarded the prestigious Best Cookbook in the World, Innovation category, at the Paris Gourmand World Cookbook Awards 2010.”

“Best of the Best” awarded to the best cookbook in the world of the last 20 years, during the celebrations of the 20th anniversary of the Gourmand World Cookbook Award 2015 in Frankfurt.

François Chartier’s bestseller Papilles et Molécules had to have its English version!

Published by Wiley and available throughout the United States and Canada, Taste Buds and Molecules will appeal to novice cooks and professional chefs, wine lovers and sommeliers alike. In short, it’s a book for anyone who wants to discover the world of aromatic compounds and the possible harmonies among hundreds of foods and beverages.

François Chartier has devoted thirty years to passionate research on the chemistry of food. In Taste buds and Molecules (Papilles et Molécules), he offers us a revolutionary way of approaching cuisine. It is also an exceptional tool for creating perfect harmonies between wines and dishes through the aromatic science of molecular harmonies instigated by Chartier in 2004.

Diving into the heart of the matter, he presents us with the molecules responsible for aromas and offers us, like magic formulas, a multitude of harmonic proposals to put this knowledge into practice.

The many aromatic families he has identified are all keys to perfect harmony, both in the creation of recipes in the kitchen and in the pairing of wines and dishes.

He presents his approach in an accessible and passionate language that has contributed to the success of his fourteen previous books. He also unveils his tips, ideas, recipes and personal charts that provide at a glance the easy and useful basics for creating everyday meals, such as those for holidays.

Whether you are a wine lover or sommelier, a budding cook or a professional chef, let yourself be carried away in this exploration of the world of flavours that will allow you to dare new and successful gourmet associations, both in cooking and with wine or other drinks.

What is the relationship between strawberries and pineapple? Between mint and Sauvignon Blanc? Between oak barrels and grilled red meat? Between thyme and lamb? Between rosemary and Muscat?

To get this book in English: 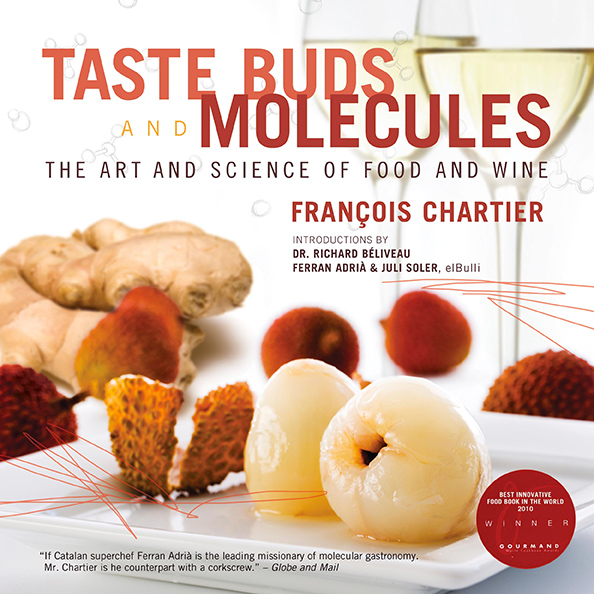