Six years after the publication of Papilles et molécules (Best Cookbook in the World 2010 – Innovation category – at the Paris Gourmand World Cookbook Awards), François Chartier presents his 26th book L’Essentiel de Chartier – L’ABC des harmonies aromatiques en cuisine et à table. This is truly the continuation of his exhaustive research into aromatic harmonies and sommellerie, both in the kitchen and at the table.

The book is a 400-page-turner devoted to gastronomic pleasures. No science here, rather the quintessential knowledge of our “Créateur d’harmonies” at the service of accessible recipes and detailed product data sheets. From Apricots to Zinfandel, François Chartier goes through more than 300 foods, wines and other beverages. His goal is to broaden our culinary horizons and the possibilities for food and wine pairings.

“With Papilles et molécules, I have given you the textbook for my new science of molecular harmonies, explaining the path that led me to each of the aromatic harmonies through aromatic molecules, both in cooking and between wines and dishes,” says François Chartier.

He then explains more about the book’s content and approach.

“In L’Essentiel de Chartier we forget the instructions and the molecules! This time,

I am giving you the practical results of my research undertaken in 2002. This is why you will find sheets to consult at a glance. I built this book as an application, exactly as if you had a smartphone or a tablet in your hands while you were shopping at the grocery store or wine merchant. I cover the main everyday foods and liquids, as well as many trendy or newly discovered ingredients.”

In 2009, François Chartier launched Papilles et Molécules, a book highlighting the first results of his research in “molecular harmonies”. A few months after its release, it won the coveted prize for Best Cookbook in the World – Innovation category – at the Gourmand World CookBook Awards.

Its instant success would revolutionize the world of gastronomy around the globe. In October 2015, the book won the “Best of the Best” award for the World’s Best Cookbook of the past 20 years in the Innovation category at the 20th anniversary celebrations of the Gourmand World Cookbook Awards in Frankfurt.

Today, François Chartier “Créateur d’harmonies” returns with the fruit of his last six years of research by delivering L’Essentiel de Chartier. This new project is an easy reference guide for everyone, in which, over the course of 400 pages of content, the budding gastronome as well as the great chef will learn how to transform his cuisine through the pleasure of the synergy of aromas between foods; he will also succeed in achieving his food, wine and other beverage harmonies in no time at all.

L’Essentiel de Chartier also offers more than 100 simplified and original recipes and countless photos signed by photographer Daniel Robillard, where the aromatic science of food and wine is put into context.

A must for your library!

This book has also been published in Spanish (La Cocina Aromática) for Spain and South America.
To get this book in Spanish:
Planetadelibros.com
Amazon – France 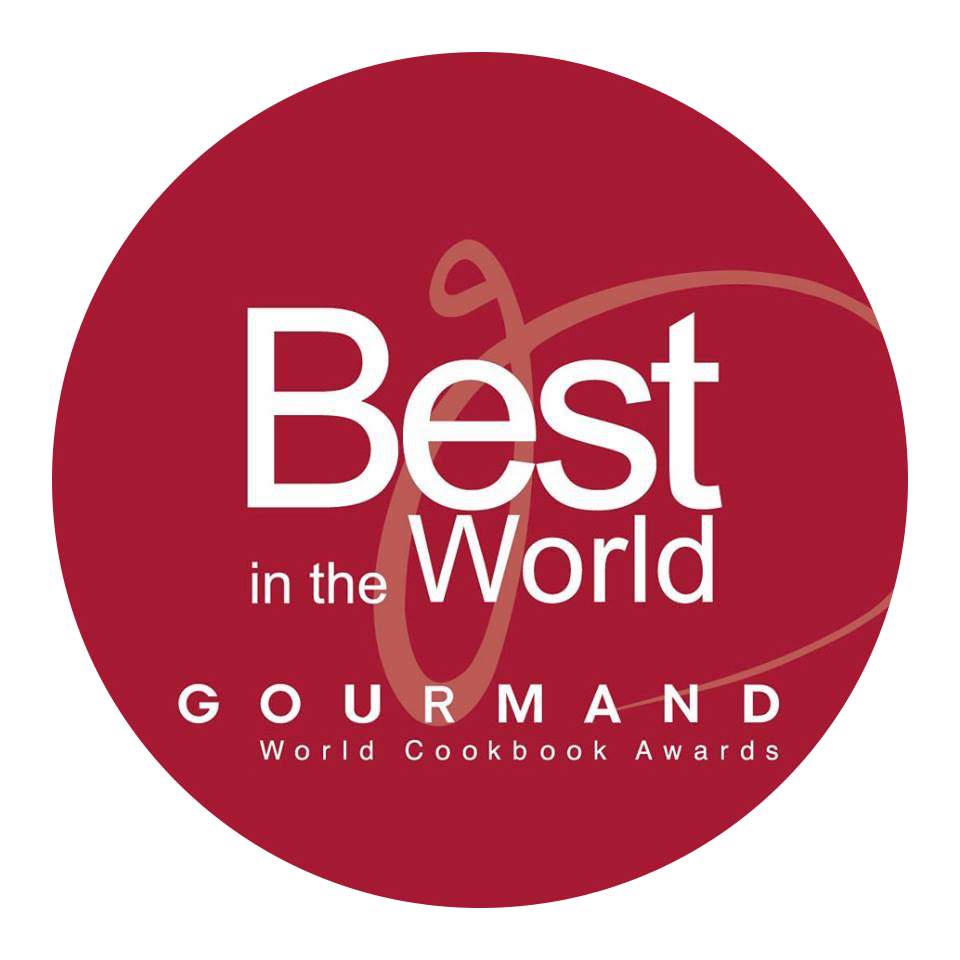 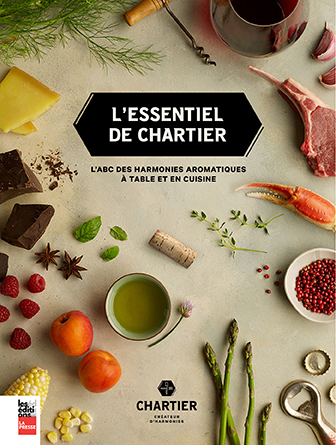