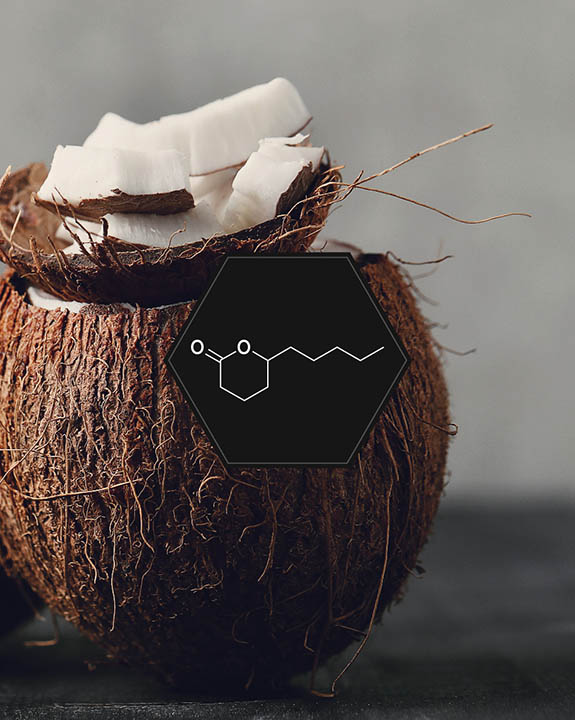 Raw coconut, like its milk, is rich in lactones (a family of aromatic compounds). When roasted, it is marked by the world of pyrazines (compounds found in roasted foods and barrel-aged wines). During the Second World War, due to a shortage of serum, the wounded were put on a coconut water solution. This is because it has the same electrolyte as human blood. This led me from coconut to pig’s blood…. So to black pudding!

More to discover in the book Taste Buds and Molecules.

Discover this aromatic recipe on the website: www.recettesaromatiques.com by Francois Chartier: “Full Lactones” Cake with Toasted Coconut and Yogurt.