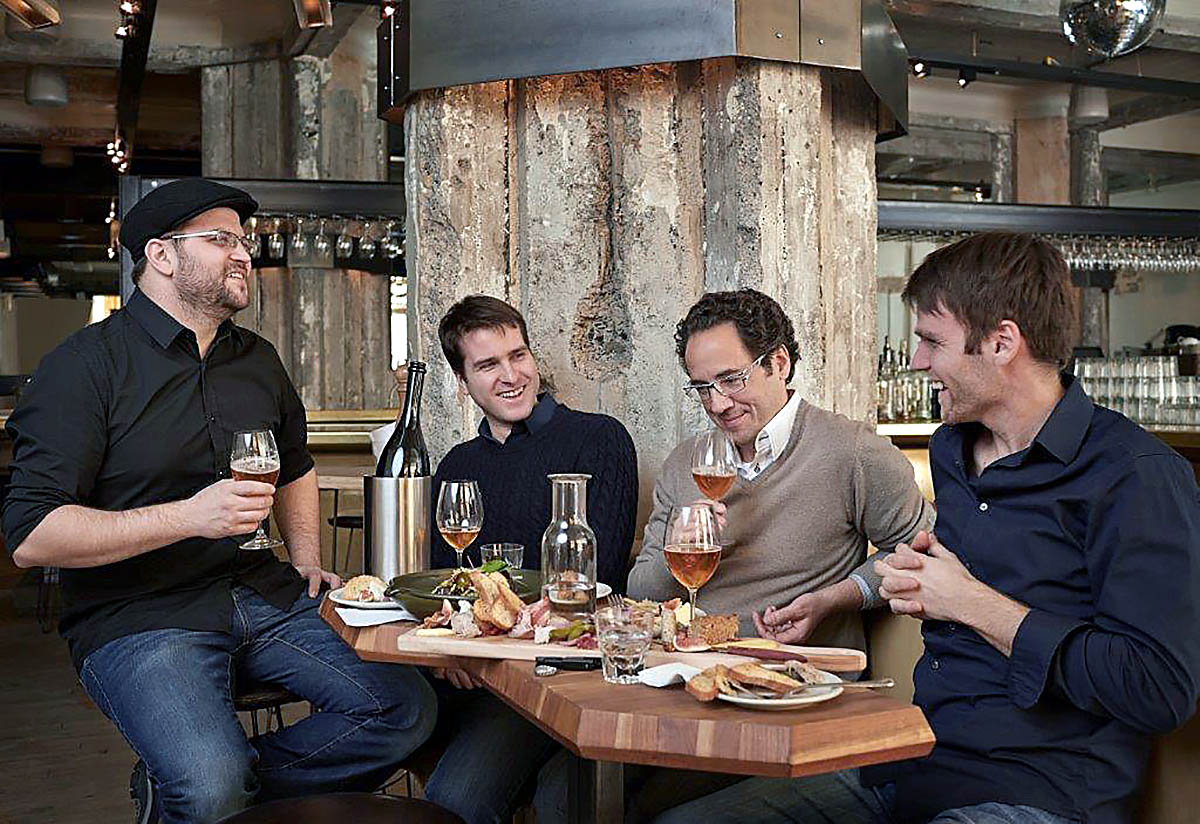 It is with boundless enthusiasm that Glutenberg, Québec’s gluten-free microbrewery, has teamed up with François Chartier “Créateur d’harmonies” to present the, a full range of gourmet beers created and crafted specifically for food pairing.

Inspired by François Chartier’s research as well as his worldwide best seller Taste Buds and Molecules, Glutenberg thought it would be a great idea to partner up with the renowned sommelier. As for the Créateur d’harmonies himself, this collaboration was a natural, since Glutenberg’s willingness to explore unusual ingredients in their brews allowed him to further explore his aromatic science in the realm of beer.

The Série Gastronomie beers are an invitation to discover new aromatic pleasures through tailored and easy beer and food pairings. One should not hesitate to serve these beers in a wine glass so that they fully express their personality, allowing you to further appreciate them.

We are incredibly proud to have this opportunity to work with François Chartier, a scholarly entrepreneur who we admire and who will bring innovative ideas to the creation of these new brews. We share his audacity and creativity and, just as him, our creation process is as rigorous as it is avant-garde. There is not a single doubt in our minds that this partnership is destined to great success, said Julien Niquet, cofounder and general manager of Glutenberg.

The first in the range of four Série Gastronomie beers is the Impérial Sotolon. As seasons come and go, new, limited production beers will be introduced to round out the series.

The Impérial Sotolon was elaborated in collaboration with Chartier Créateur d’harmonies around sotolon, the same central aromatic component found maple syrup. It was aged in old dark rum oak casks from the El Dorado company in Guyana. The aromatic path of the Impérial Sotolon revolves around maple, grilled buckwheat, roasted fenugreek, molasses and coffee. It will be the best companion to recipes based on maple flavor, curry, balsamic vinegar or soy sauce just as well as others dominated by nuts, apricots, peaches or coconut and, obviously, grilled or roasted beef or pork.

My unrelenting harmonic quest was the main impetus behind accepting Glutenberg’s invitation, especially since it was beer that drew me to the world of wine, in 1986, a time when I was a partner in an imported beers bistro! In a way, it’s back to square one of my exploration of flavors, thanks to my eternal drive to push back the geographic boundaries of gastronomical pleasure through unique and accessible experiences for one and all.

Established in 2010 by longtime friends Julien Niquet and David Cayer, this budding Montreal microbrewery has so far created more than fifteen beers brewed from 100% gluten-free ingredients. Headed by master brewer Gabriel Charbonneau, this microbrewery has already created several award-winning beers such as the Glutenberg Red, the Glutenberg American Pale ale, and the Glutenberg Blonde, which were awarded, respectively, the Gold, Silver and Bronze medals at the 2012 World Beer Cup, the most important competition in the brewing industry. Today marks the official launch of the Impérial Sotolon, the first gourmet beer created in collaboration with François Chartier “Créateur d’harmonies”. It should be noted that this new beer is an improved version, thanks to Chartier’s science, of the 2013 brew that received the Gold medal at the Canadian Brewing Award in the Experimental Beer category.

Glutenberg microbrewery products can be found at over 600 retailers in Québec and in the rest of Canada, as well as in the United States, Europe and Brazil. It is still relatively unknown by the general public, but this is about to change thanks to its boundless quest for excellence in the creation of new and innovative products.