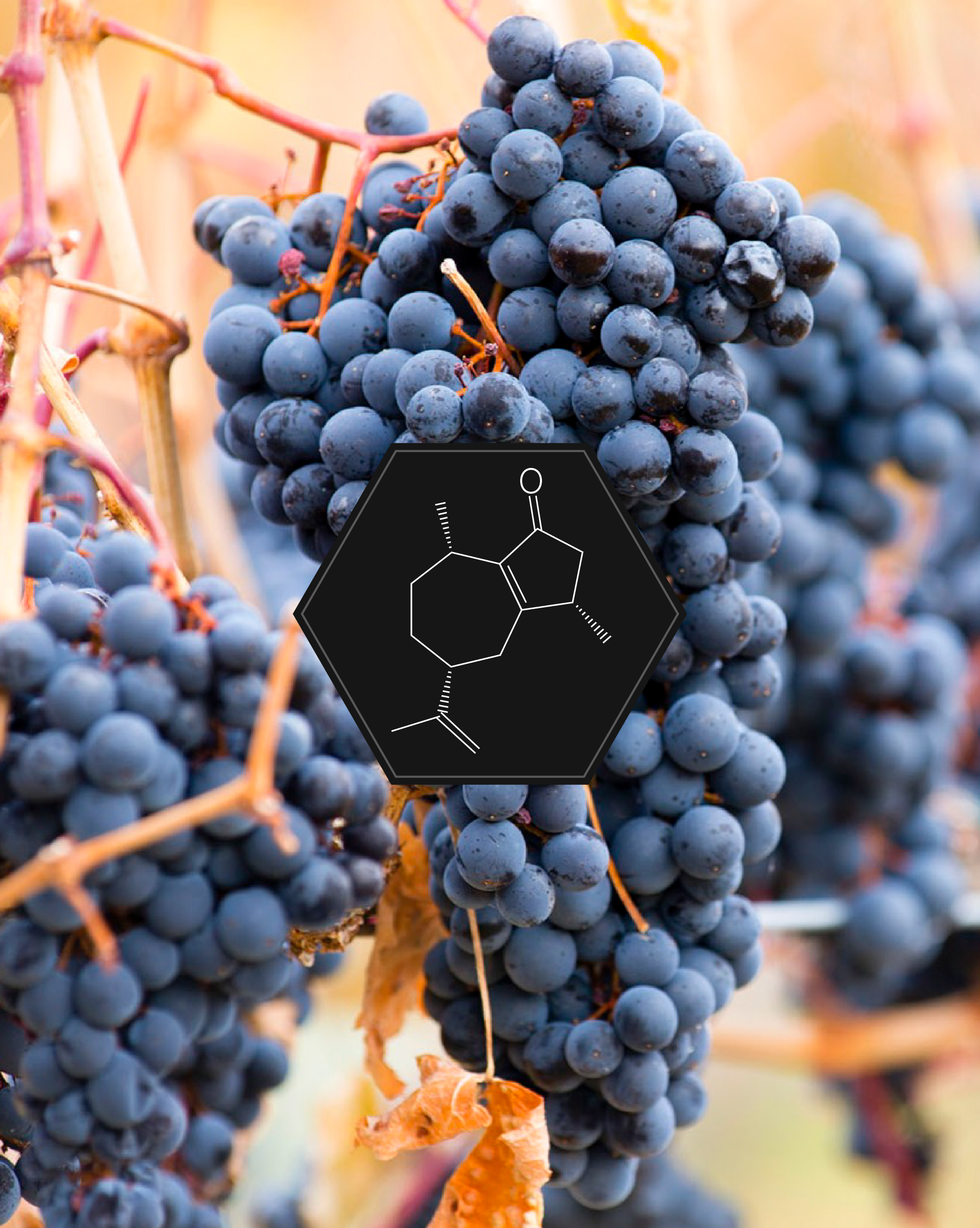 Spanish Monastrell and Provençal Mourvedre: a single grape varietal certainly, but more often than not, tastes at the opposite ends of the spectrum! We are “comparing varietals” to better understand the differences in taste between wines made from the same grape variety, depending on whether it comes from its native terroir or grown in a different climate.

The goal is not to determine a winner, but rather to better identify them to create more accurate aromatic harmonies at the table.

Originally from Spain, the Mourvedre now grown in France has lost its direct genetic links to the grape variety that is still considered its ancestor, Spain’s widely cultivated Monastrell.

The French Mourvedre thus has probably mutated over time. Either that, or the Monastrell has changed its identity.

Whatever the case, a certain logic emerges from this research because just as the Monastrell likes to bask in the sun in Murcia, the Mourvedre loves the blazing sun of the Côte d’Azur (French Riviera). However, Mourvedre also needs to have “its feet in the water”; in other words, it thrives in a coastal environment, such as Bandol.

This is not the case with Monastrell, which survives admirably in the extremely dry and arid sandy soils of the Spanish appellations of Jumilla and Yecla.

Unlike the Spanish Monastrell, Mourvedre is blended with other grape varieties in France.

Wines made with 100 % Mourvedre are rare in its preferred Provence terroir of Bandol. Everywhere else, in Provence, southern Rhône, Languedoc, and Roussillon, Mourvedre is rather chosen to bring colour, generosity and a relatively firm tannic structure to a blend it composes in particular with Syrah and Grenache.

In young wines, Mourvedre from the South of France expresses its olfactory palette with aromas of morello cherry, blackcurrant, blackberry, prune, licorice or violet.

With wines aged in the bottle for some years, the bouquet transforms into notes of undergrowth, leather, truffle, spices, or brandied fruit.

Monastrell is mainly a single varietal wine, although it also blends well with Tempranillo, Syrah, or Cabernet.

Wines created with Monastrell express an aromatic potential close to that of its French sibling. However, like the fleshy Argentinian Malbec, but unlike the firm Malbec of Cahors, Monastrell wines reveal a thicker, more velvety, more spherical and headier texture.

Remember that when serving, you should try to contain the French version’s tannic intensity and consider the high alcohol content of the Spanish progenitor.

Spain at the table

Here are some paths that will guide you towards great pairings with Monastrell and its alter ego, Mourvedre.

First, let’s give credit where credit is due, and start with three Spanish wines in which Monastrell is predominant. The roundness caused by the intense ripeness of this varietal translates into a powerful presence of alcohol. These wines go well with red meat dishes in teriyaki sauce, such as beef or lamb skewers, and with rich, spicy dishes (the heat of the spices being soluble only in alcohol or fat), such as pasta with spicy Italian sausages or Cincinnati chili.

The same goes for slowly braised and spicy dishes or those based on a balsamic sauce, which tends to be difficult for the firmer French Mourvedre wines. Try serving a full, voluminous and persistent 100 % Monastrell from the Yecla region with veal liver accompanied by beet and red onion confit (with a hint of very old Modena balsamic vinegar), or a more classic grilled sirloin steak sprinkled with steak spices paired with an ample and persistent pure Monastrell from the Yecla zone.

France, also at the table!

When serving French Mourvedre wine, whether as the predominant varietal or blended, its typical firmer tannic structure and compact density requires pairings with different tones.

A perfect example is the very tight, lean, and slender Domaines Ott from Bandol, which would be challenging to pair with a balsamic sauce-based dish, while its Spanish sibling would pair perfectly. However, the Mourvedre would harmonize well with a more classic rare beef loin accompanied by a wild mushroom stir-fry.

Among the references for blends dominated by Mourvedre’s presence is Coudoulet de Beaucastel, from Vignobles Pierre Perrin. This wine is full and quite rich, with a resinous nose, balsamic notes and a hint of truffle, fleshy tannins, which are grainy, but not too firm, fresh acidity and long, bright, precise flavours.

This is the type of wine that swoons when paired with a leg of lamb seasoned with dried herbs (thyme, rosemary, and oregano) or a roasted duck brushed with a “peaty” single malt scotch. The licorice aroma of Mourvedre originates from the same active ingredient as the earthy hint of a single malt.

Finally, as French Mourvedre exudes truffle aromas and gamey notes of leather more often than its Spanish counterpart, game dishes and those enhanced with black truffles or truffle oil are a perfect match.

A reference among the Mourvedre wines that are “truffled” is the grandiose Château de Beaucastel, from Châteauneuf-du-Pape, after a decade or more in the bottle.

This is a red wine with a sophisticated nose, lavishly fruity, concentrated and restrained, with a great depth and supreme elegance. On the palate, it is compact, collected, imposing, fleshy and tannic, with body, but equally fresh and distinguished in its richness. Blackberry, blueberry, vanilla, resin, and sweet spices contribute to the cocktail of flavours that slowly but surely evolves towards truffle and new leather.

It is tailor-made, as is the previous and more affordable Coudoulet, for a perfect pairing with a lamb shank confit flavoured with truffle oil.
(March 6th Adjustments)
In my text on Mourvèdre, which I’ve call “mutation of style over time”, I’ve written, wrongly:

“Originally from Spain, the Mourvedre now grown in France has lost its direct genetic links to the grape variety that is still considered its ancestor, Spain’s widely cultivated Monastrell. The French Mourvedre thus has probably mutated over time. Either that, or the Monastrell has changed its identity.”

But I should be writing, to be more specific on what I wanted to say:
“Originally from Spain, the Mourvedre now grown in France has lost its direct “tasting profile” links to the grape variety that is still considered its ancestor, Spain’s widely cultivated Monastrell.
So, the “aromatic and taste style” of the French Mourvedre thus has probably mutated over time – not his DNA but the style of its wines.
Either that, or the Monastrell has changed its “aromatic & taste” identity – not its DNA.

My text, post on my Molecular Harmonies Blog, deals only with its taste profile (aromas and flavors), linked to the important differences in style of the wines that have been made from these two varieties for about twenty years.
Then, how at the level of the matching with food and wines of mourvèdre (from France) and monastrell (from Spain) require different dishes, linked to their different aromatic and gustatory profile.